The New York Times hit piece on the viral epidemic and the Trump administration said, “the coronavirus isn’t like the common cold. In fact, early indications are that the virus may be as lethal as the 1918 Spanish Flu, which killed as many as 50 million people to 500 million.”

Behind closed doors, the US Food and Drug Administration (FDA) The Fascist Department of America, has discussed a long list of serious health problems that will be caused by new covid-19 injections

Your doctor has the right to use the above protocols
Every Physician is authorized to use new or unproven preventive, diagnostic and therapeutic procedures according to the HELSINKI WORLD MEDICAL ASSOCIATION STATEMENT – Section No. 37 (This would be the case with chlorine dioxide)

If 50 million die from the coronavirus whose fault will it be? Is it a mean spirited virus, the reported preconditions among the critically ill, or the arrogance of medical officials who have been huffing and puffing for decades yet still do not know how to treat critical lung disease. They want to frighten us with worst-case scenarios while refusing to look at the most basic answers that would help doctors save people.

One woman in prison in Iran said she believed she had the virus and wanted to be tested but what is the point if doctors confess they have no treatment that works. There are innovative treatments for patients hospitalized for pneumonia or the common flu but most doctors stick to the lockstep of medical thinking, which is quite limited.

Hard to tell yet if the medical response is actually more of a threat than the virus itself, which is reported to be quite mild for at least 80 per cent of the population and especially mild for children. It is impossible to keep up with the fast-changing coronavirus statistics: the number of confirmed cases in new countries seems to roll like a ticker tape and yet there is no accountability for the quality of the information.

FDA REVEALS LONG LIST OF SERIOUS HEALTH CONDITIONS THAT MAY RESULT FROM COVID-19 VACCINATIONS, INCLUDING DEATH 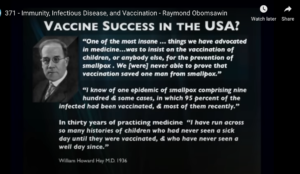